In the mind of an educator (Paulo Freire – An Incredible Conversation)

I love this talk so much since it’s obvious from the start that Paulo Freire is a deep thinker and has spent a lifetime learning and thinking about pedagogy, education, literacy, power etc. He starts off by talking about curiosity. In my opinion, curiosity is an important attitude one must embrace to succeed in life. … Continue reading In the mind of an educator (Paulo Freire – An Incredible Conversation)

END_OF_DOCUMENT_TOKEN_TO_BE_REPLACED

It is all here: “The teacher who thinks “correctly” transmits to the students the beauty of our way of existing in the world as historical beings, capable of intervening in and knowing this world. Historical as we are, our knowledge of the world has historicity. It transmits, in addition, that our knowledge, when newly produced, […]

END_OF_DOCUMENT_TOKEN_TO_BE_REPLACED

about controversy on Freire’s influence, in Brazil

The readings about Paulo Freire have really been present for me these days. Beyond the great concepts, practices and theories themselves, there are other specific questions that are on my mind — more about the historical, political and economical context in which his ideas have emerged, but especially about the current moment in Brazil and […]

END_OF_DOCUMENT_TOKEN_TO_BE_REPLACED

“Learning is a process where knowledge is presented to us, then shaped through understanding, discussion andreflection.” – Paulo Freire 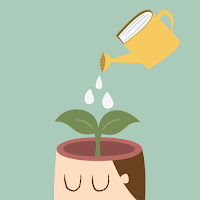 Learning involves the social construct of knowledge, so guiding students to reason democratically, continually question, and make meaning from a critical analysis of everything they learn, establishes autonomy, self-regulation, purpose, and increases the awareness of students, so that they become branches of learning, rather than objects, of the world. So, this is similar to the old adage, “Be in the world, not of the world”, which relates to dispelling conformity to social norms or patterns of the world, but be transformed by the renewing and empowering of knowledge.

There are a number of racially diverse students that are part of learning communities in which cultural capital is frequently accompanied, and commonly differ from typical norms and world-views, so it’s vital to place the need of the student as primary. Critical reflection aids in placing racially diverse students needs and considerations primary through an analysis of self or critical critique of beliefs and behaviors, so it’s imperative to acknowledge the impact of your worldview and the influence it will reflect on the construction of students’ conception of self and the forming of their beliefs formed into knowledge by discussion.

What resonated most was Paulo indicated that learning isn’t necessarily dichotomous in which it’s amiss to accept one side, because knowledge isn’t restricted to solely reason, content, emotions, or fallacies, but should seek connections between understandings, interactions, and emotions. I really appreciate Paulo’s notion that teaching isn’t about transfer, but the construction of knowledge and possibilities. As educators we are tasked with identifying students’ prior knowledge and creating environments for students to construct new knowledge or add to existing knowledge, so it’s necessary for us to understand our students’ diverse world-views in effort to make their learning more meaningful as well as identify ways they are able to learn, construct, and produce their knowledge. 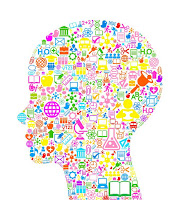 Learning is a self-governing process to some degree, so we should eliminate some of the reliance on the teacher to prevent authority dependence. The end goal is to empower and establish student’s ownership on their learning, so in effort to do so, a collaborative relationship should be constructed to make learning more meaningful as it applies to their cultural background, experiences, discipline, and world-views. So, this is similar to the old adage used in the advertising world, “In order to know the consumer, we have to be the consumer”, which relates to the teachers becoming learners, and the learners becoming teachers.

END_OF_DOCUMENT_TOKEN_TO_BE_REPLACED

The practice of critical pedagogy is valuable to students

Critical pedagogy is a teaching method that aims to assist in challenging and actively standing up against any form of social oppression and the related customs and beliefs. It is a practice which allows students to explore a critical awareness of a certain topic.  Criticism of the established order and social criticism and a resulting action  are essential. Critical … Continue reading The practice of critical pedagogy is valuable to students →

END_OF_DOCUMENT_TOKEN_TO_BE_REPLACED

EngE 1215 and 1216 are introductory engineering courses, having innovatively designed curriculum structure that aims to introduce students to the engineering profession. This curriculum structure aligns with almost all the principles of teaching and learning emphasized by Freire. Here I will discuss about these courses and how it engages students to learn critically. Hope the … Continue reading Freshman Engineering Courses align with the critical pedagogical approach →

END_OF_DOCUMENT_TOKEN_TO_BE_REPLACED

Critical thinking is a rational way to face challenges in our daily life. It can help people to justify what they have done or never seen. The banking theory has listed the learning process for each person: receive, memorize, and … Continue reading →

END_OF_DOCUMENT_TOKEN_TO_BE_REPLACED

The Banking Concept of Education

Freire’s “banking” concept of education, was really interesting for me to read about (per his explanation students are seen as banks and the teacher is the depositor). He uses various analogies to explain this point and emphasizes that this concept can lead to oppression of students (never though of it this way but makes sense). […]

END_OF_DOCUMENT_TOKEN_TO_BE_REPLACED

conformity vs. freedom | education through the eyes of Paulo Freire

There is no neutral education process.  Education either functions as an instrument which is used to  facilitate the integration of generations into the logic of  the present system and bring about conformity to it, or it  becomes the ‘practice of freedom’, the means by which men and  women deal critically with reality and discover how […]