The Revolutionary Train of Culture

With the Revolution of 1917, the culture of Russia began a transformation towards a theme of communism thanks to the victory of the Bolsheviks. With the rise of communism came a rise in the power of the state and their ability to control various aspects of life, including culture. One might believe that under a … Continue reading →

END_OF_DOCUMENT_TOKEN_TO_BE_REPLACED

September 7, 2015 A night in Russian Siberia might make you Sick(le) 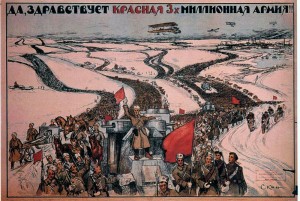 Have you volunteered? Russian artist Dimitri Moore poses this question in the form of the featured poster. created during the early 20th century when the Russian  Red Guard became the soviet army. It was July in the year 1918, a new document had been passed by the Russian government. Influenced by Lenin, the Constitution […]

END_OF_DOCUMENT_TOKEN_TO_BE_REPLACED 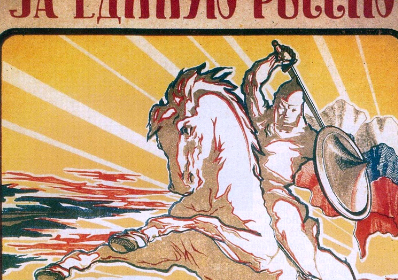 The dawning of the year 1917 saw Imperial Russia in an unstable position. The people were furious with Czar Nicholas II and his continuous dissolving of the Duma, or the Parliament that was meant to speak for the people. They were enraged at their nation’s continued involvement in the Great War. An involvement that had cost […]